Let yourself be conquered by Borsalino Fedora hats: a hymn to Italian quality and tradition of a timeless ideal of beauty. Available for men and women: explore all our models and colors.

The Fedora hat is one of the few accessories that can radically transform any outfit. Some call it the perfect meeting of curves and lines, while others have named it a masterpiece of proportions. Adopted wholeheartedly by the world of Cinema, it has become an icon of universal elegance, loved equally by women, men, younger and older generations alike. But above all, the Fedora hat is one of the most fascinating models ever made.

Formally, this soft felt style with a wider style brim features a crown characterized by a central hollow, two lateral dimples and a ribbon band at the base. Internationally recognized as the ‘Fedora,’ the hat’s name derives from a play written in 1882 by French playwright Victorien Sardou for theatre star Sarah Bernhardt. Although she was described as “the most famous actress the world has ever known” the Fedora hat’s claim to fame is actually due to Italian hatmaker Giuseppe Borsalino, founder of the manufacture in Alessandria, who rendered it globally iconic.   Giuseppe Borsalino’s curiosity in design was fueled by a sense of creative freedom, modern approach and an innate passion for international travel. Just like a seasoned career explorer and paired with an open mind, Giuseppe’s observations of social change during his youth perfectly captured the spirit of those times. The hat’s silhouette was created as a contemporary response to the European bourgeoisie needs in terms of elegance, lightness and practicality.

Compared to the Bowler and top hats, the Fedora hat was deconstructed and comfortable to carry around. In addition, the front dimples made it very simple to quickly remove it. In fact, legend has it that Giuseppe developed this particular model as a sign of gallantry so men could take their hats off in front of women with ease. In reality, the creation of this style became an emblem for very important social change. Thanks to the Fedora hat, bourgeois values of adequacy and sobriety spread to even larger sections of the population, rendering it a polarizing symbol between the aristocratic top hats and the working-class floppy berets. It marked a real cultural revolution and it all started from this headpiece.

Italy is synonymous with excellence, quality and charm thanks to forefathers like Giuseppe Borsalino whose hats launched Made in Italy. Because of their influence, many of the Maison’s most important and iconic designs have been celebrated in numerous museums and international exhibitions across the globe. The merit of the brand's success was also due to Cinema’s obsession with the style, rendering it an iconic accessory. From 1930 onwards. Hollywood adopted the Fedora hat as a distinctive element that identified certain characters or roles. An object of planetary cult, it united and highlighted all the gangsters, policemen and private detectives, shadowing the enigmatic nature of their faces. Cinematic icons soon became inseparable from their Fedora hats. What would Humphrey Bogart, Alain Delon, Marcello Mastroianni, Robert De Niro and Harrison Ford be without their onscreen style ally? Casablanca (1942) featured one of the most famous finale scenes in the history of cinema with Ingrid Bergman and Humphrey Bogart kissing between two hats!

While Cinema made the Fedora hat legendary, starting from the 1950s its use began to slowly diminish. Luckily its unique charm has remained intact, surviving indifferently over the passage of time and trends. During the Eighties, the fashion industry relaunched this beloved model with new meaning and interpretation. Today, the Fedora hat remains a transformative style accessory that perfectly expresses one’s personality and continues to attract younger generations and an increasingly female audience. 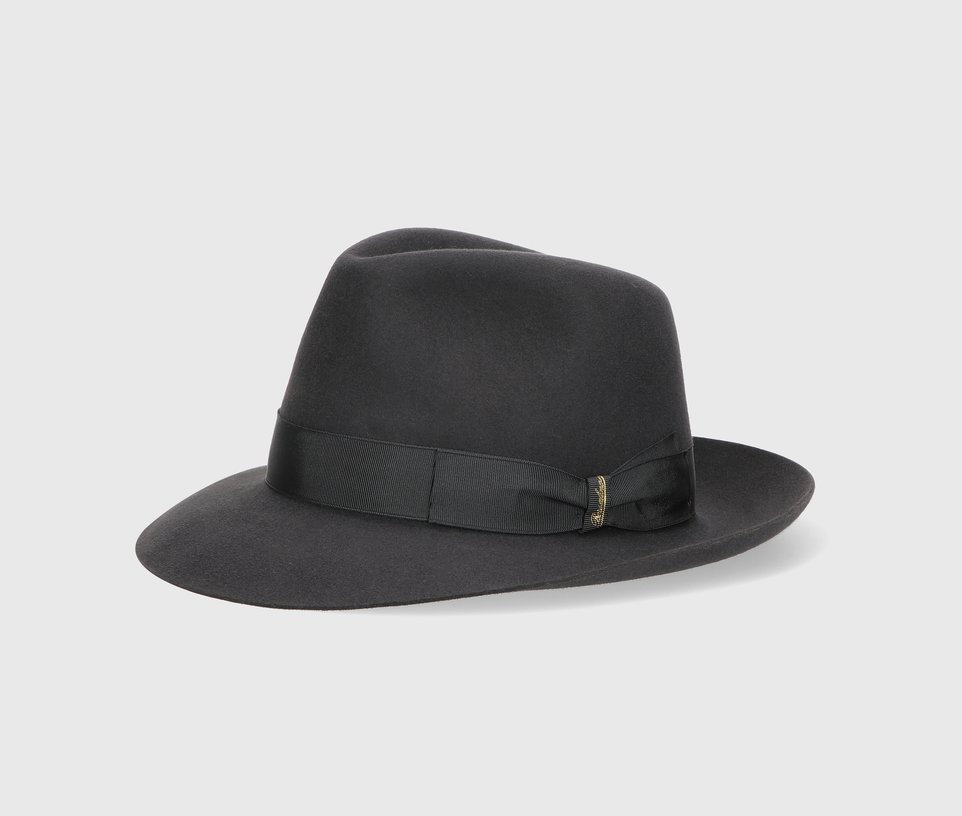 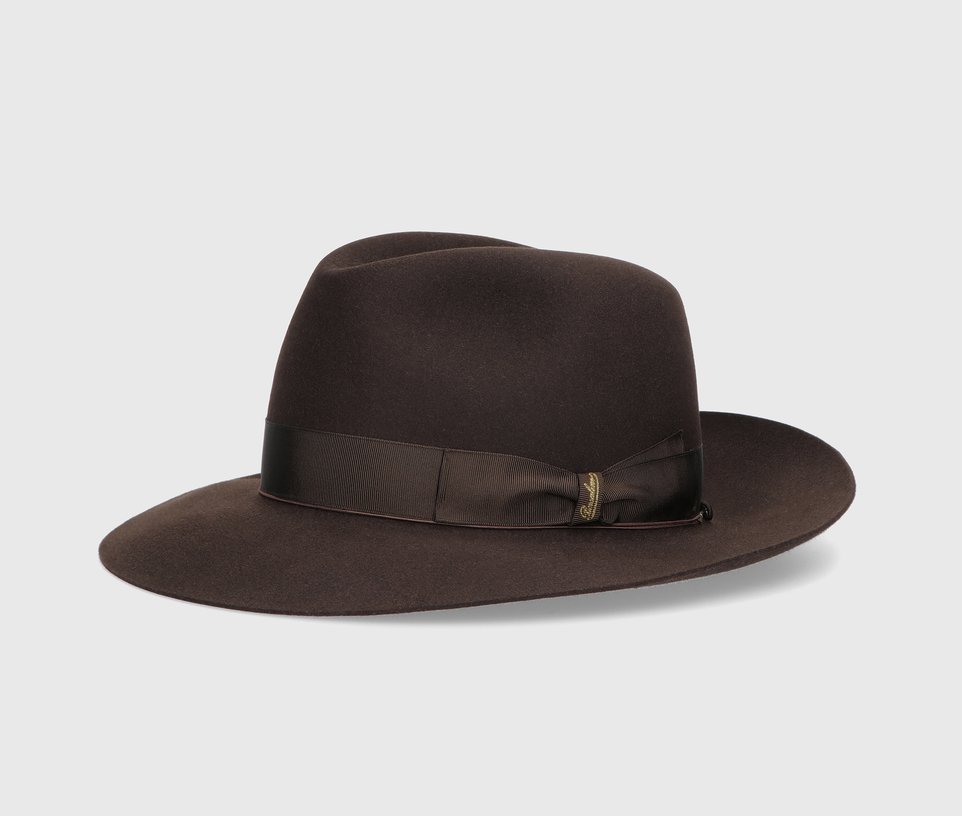 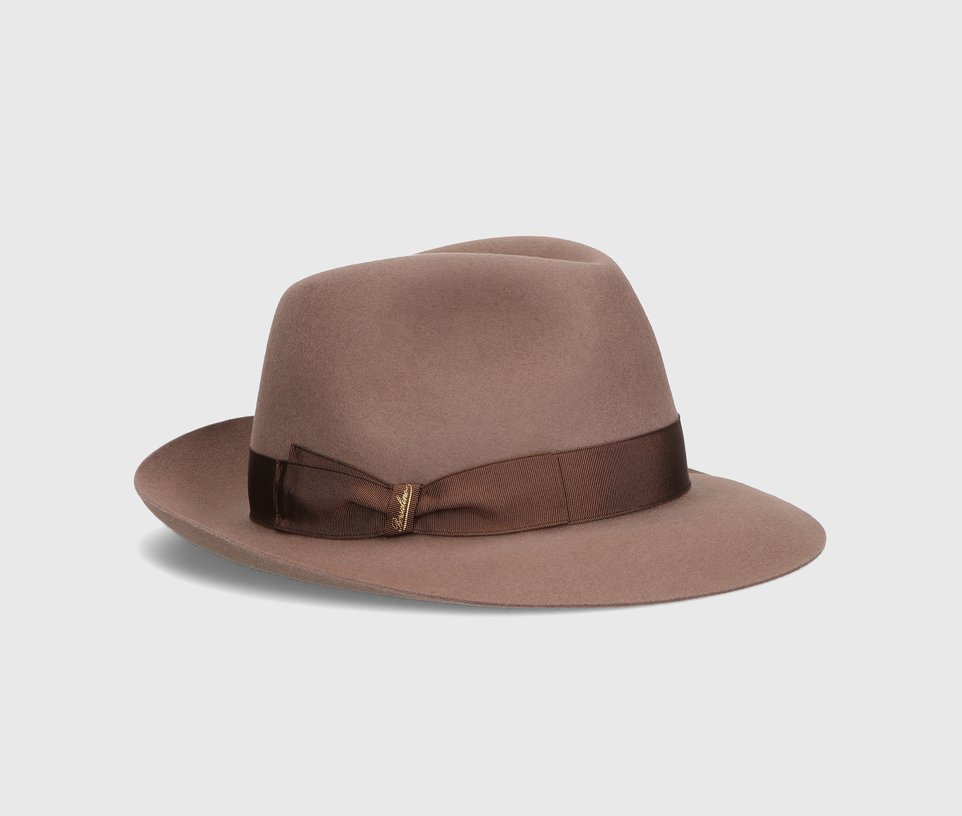 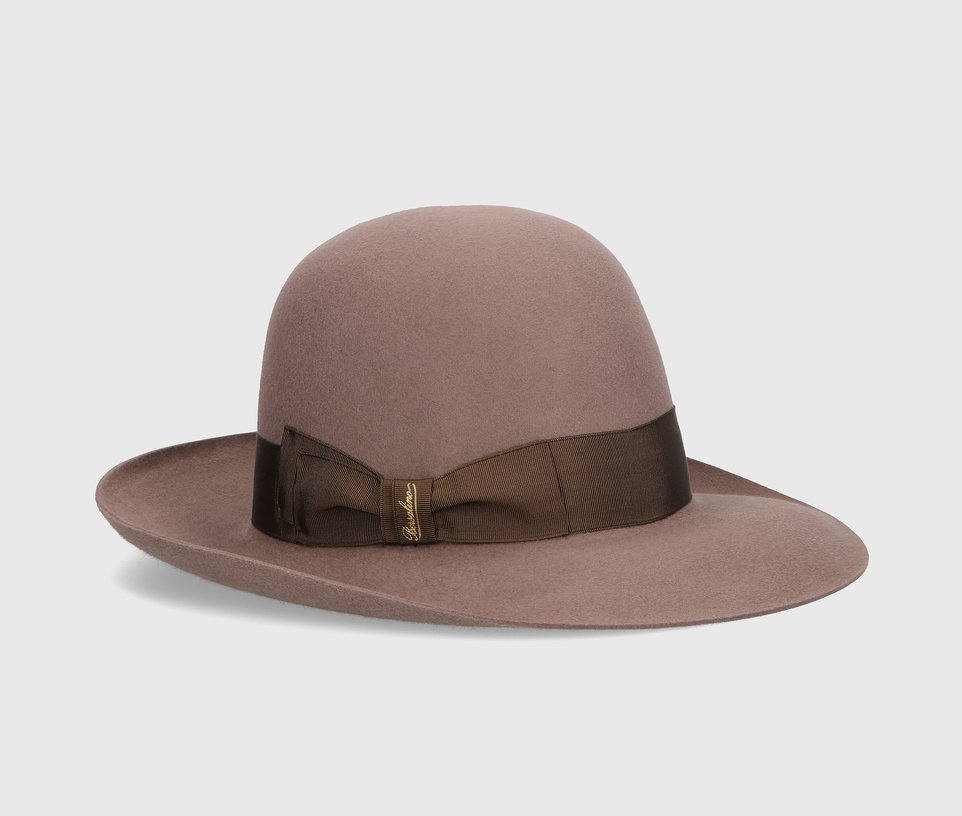 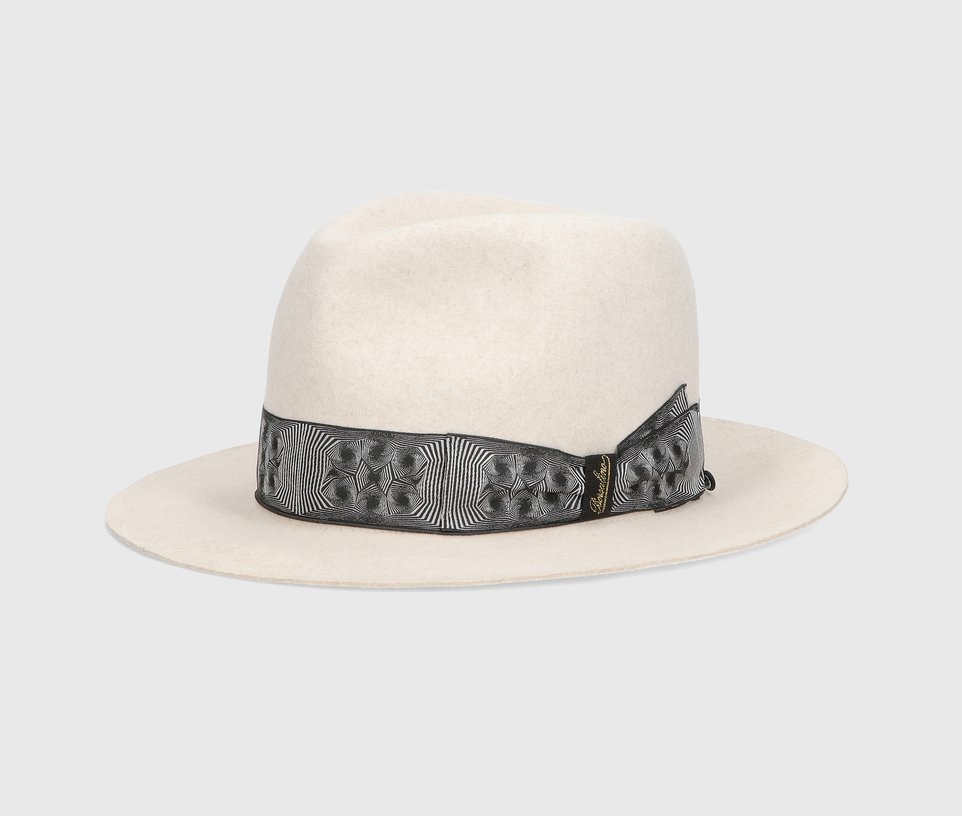 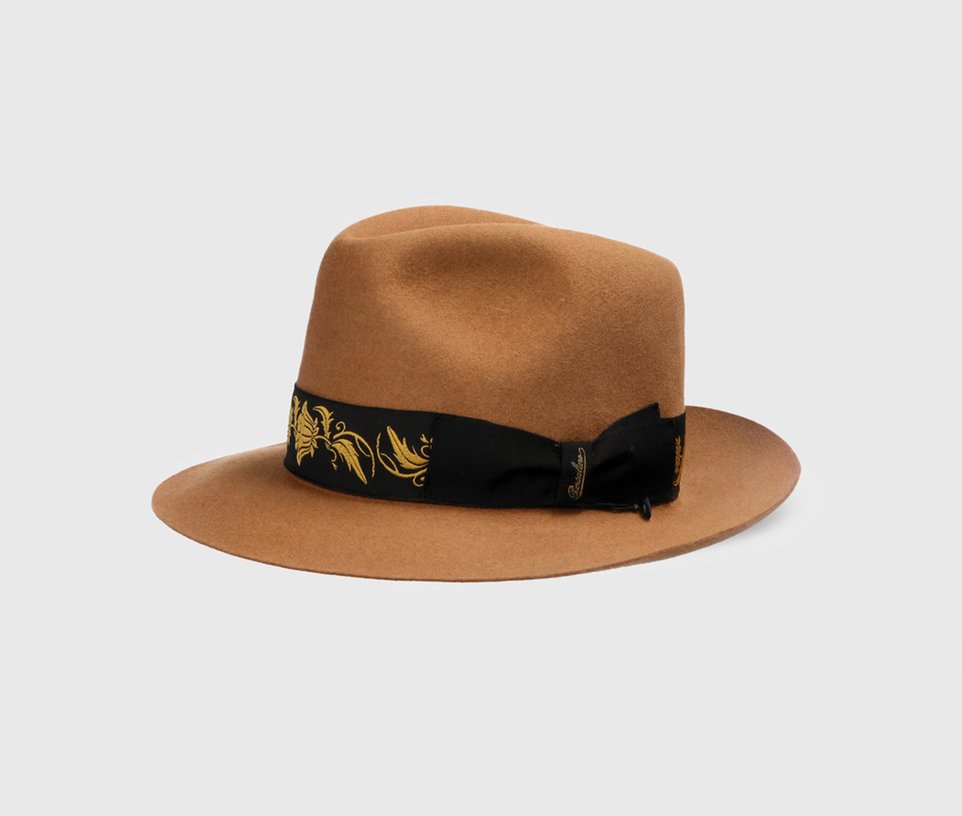 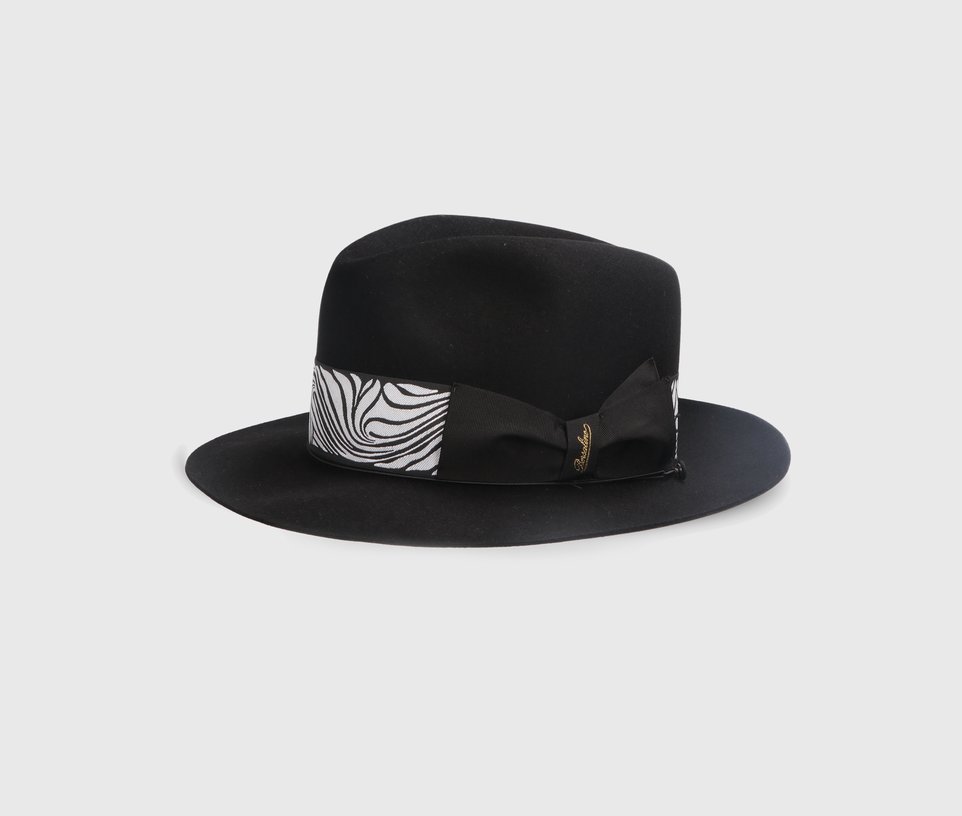 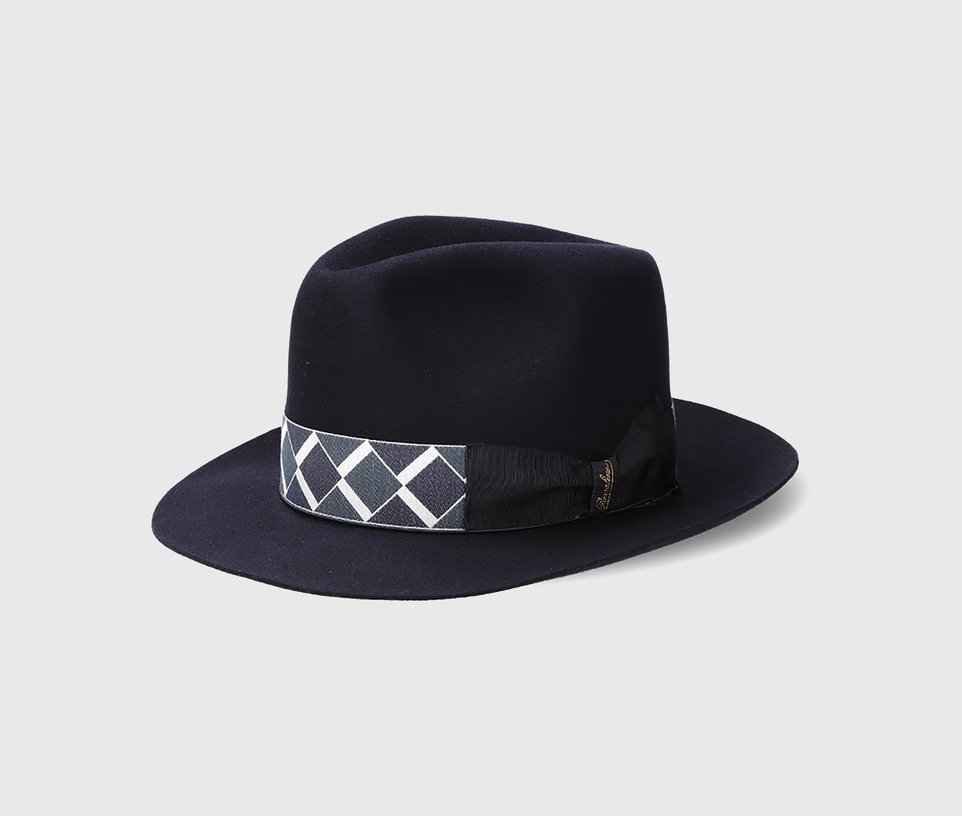 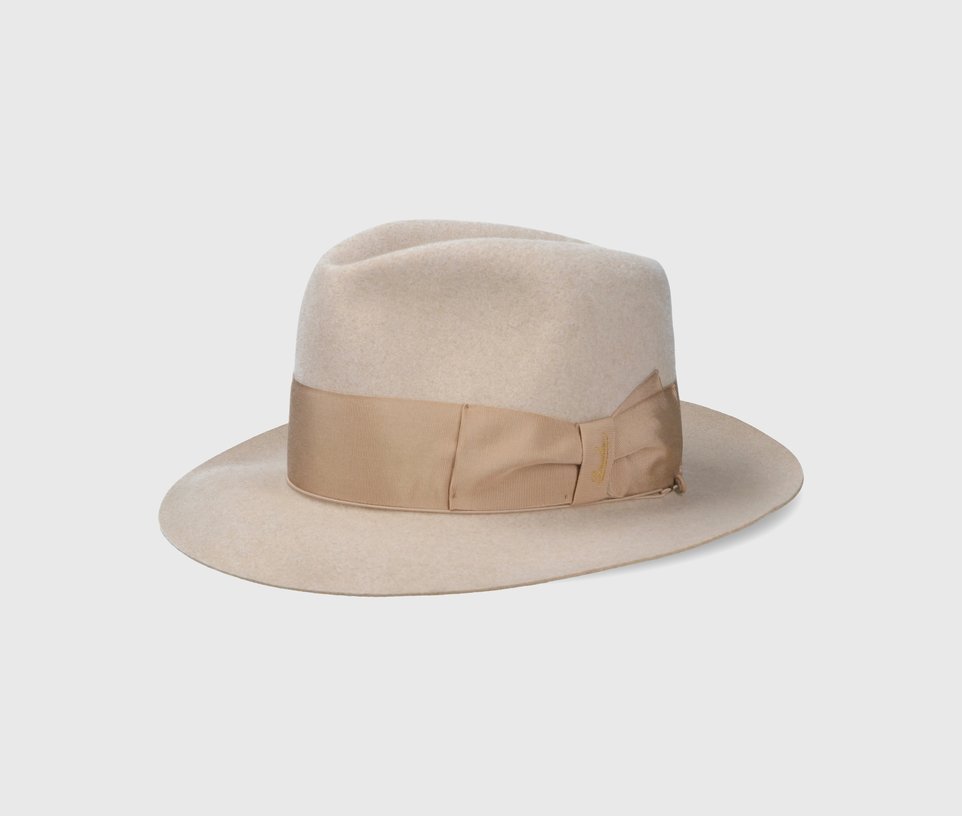 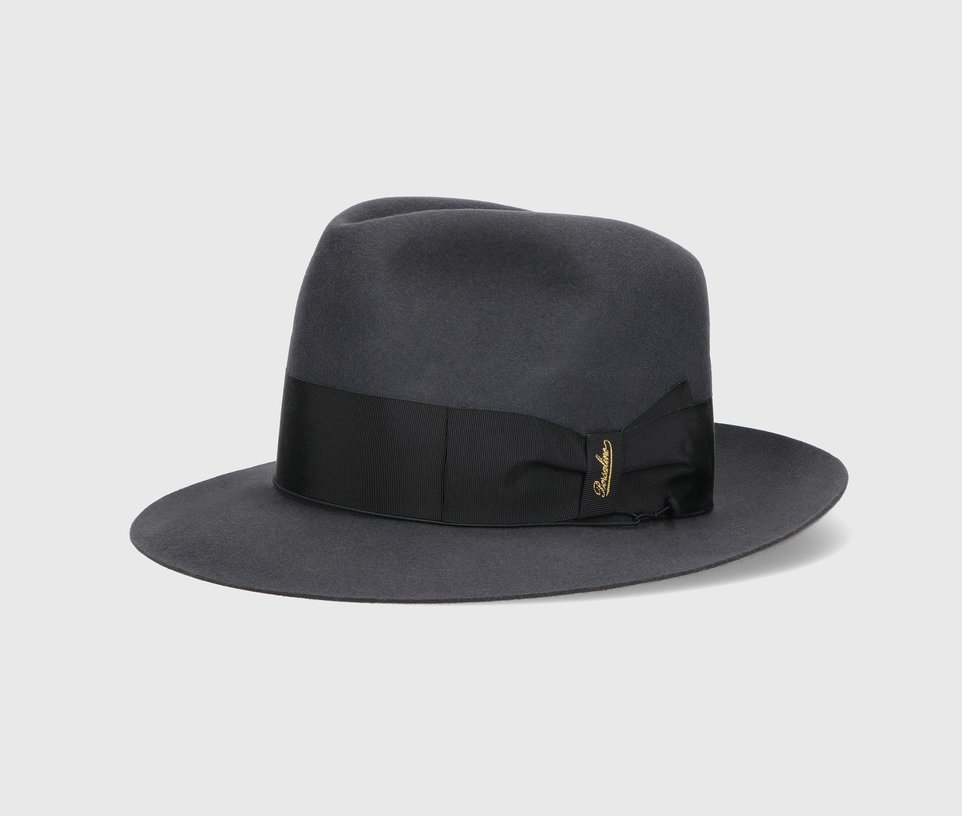 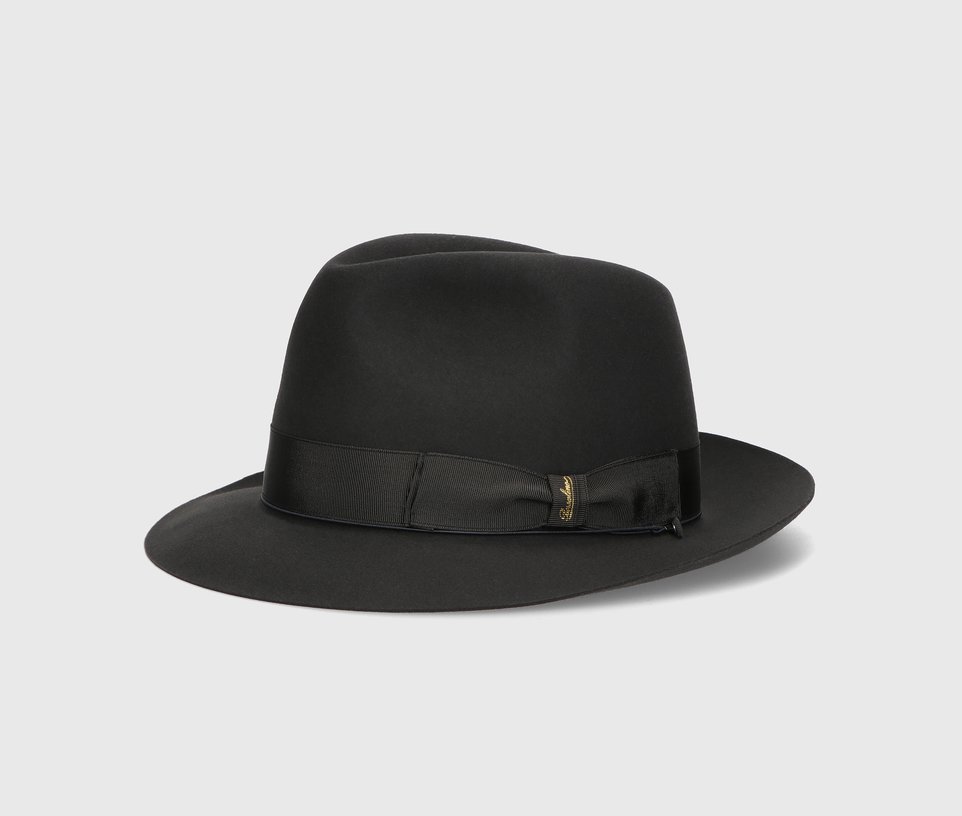 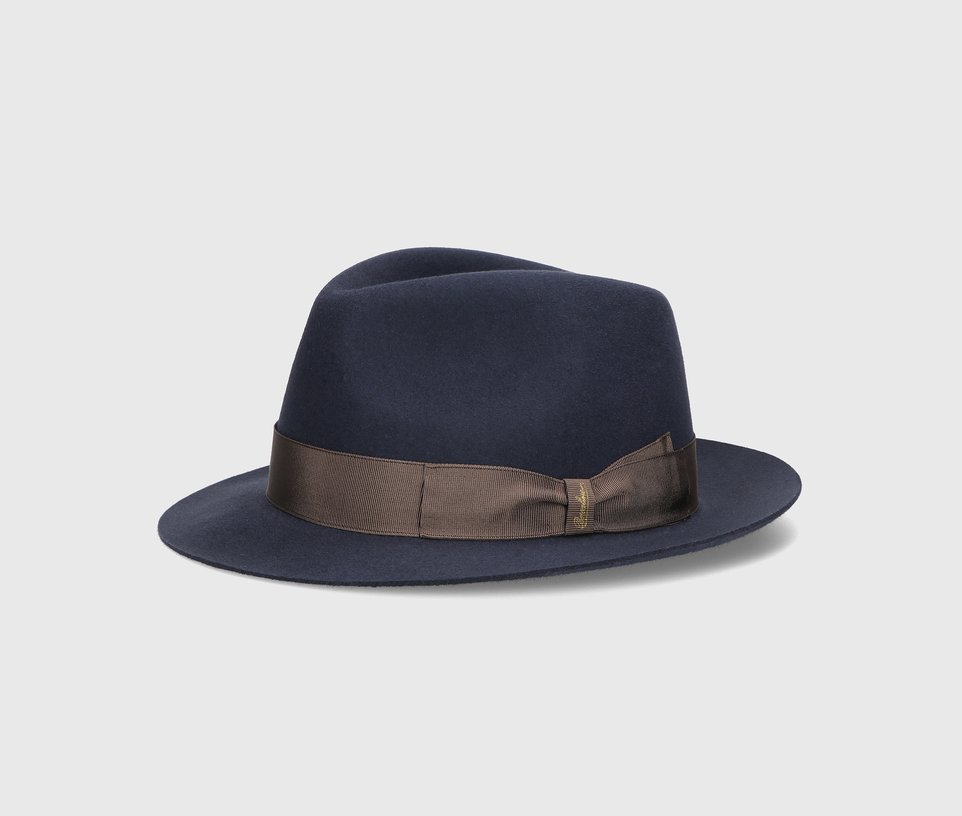