The Panama hat was created in 1835, using the vegetable fibres of the Toquilla palm. The process can take up to six months. It is a journey that starts in Ecuador, which it leaves to conquer America and Europe.

Borsalino has turned this story into a timeless legend which, over the years, has become synonymous with style and elegance.

The production of Borsalino straw hats starts in Ecuador, where the local straw is harvested from the stalks of the toquilla palm tree, boiled and dried under the sun.

The skilled Ecuadorian artisans weave it by hand, making extremely fine semi-finished cloches. After careful quality control, the cloches are sent to the Alessandria manufacture. Here they are inspected a second time before undergoing their initial shaping: a hydraulic pressure machine creates the shape and size of the hat. The operation is repeated a second time to create the traditional Borsalino shape. The excess straw is trimmed off and the edge of the brim is sewn.

The hat is then stiffened and left to slowly dry. It is then time to sew the inner leather band, followed by a third and final shaping with the hydraulic press.

The ribbon is added and the brim is stiffened before the hat is ready for the final steps, all done by hand: embellishments, stitching, inspection and packaging. 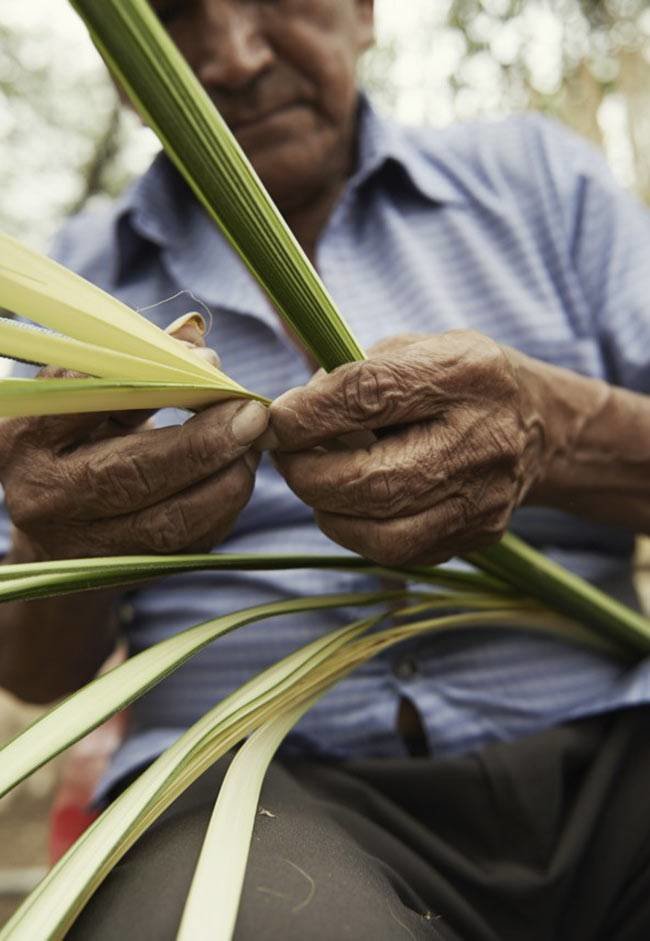 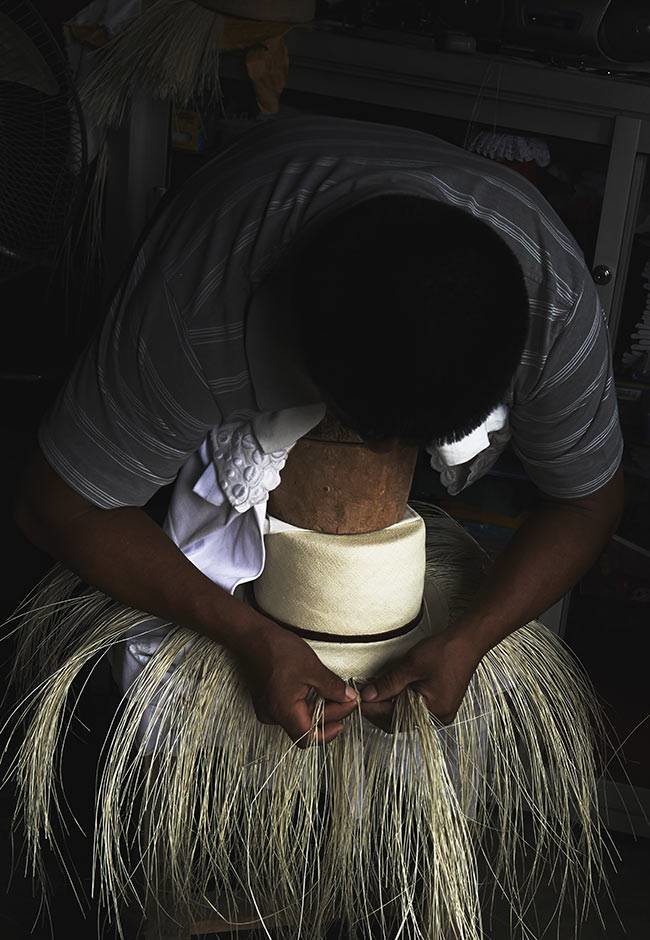 Preparation
The thick outer leaf casing must first be removed and the soft heart inside each cogollo (palm shoot) extracted. Then the hardest parts are removed using the tip of a deer antler. Once stripped of their covering, the softer parts are worked by hand. After about two hours, the cogollos now become known as tallos: these are four or five cogollos bunched together and tied with loops of plant fibre.

Cooking
The tallos are boiled in a pot over a wood fire. Wooden sticks are used to keep the strands separate. After about a minute they are taken out of the boiling water and hung up to dry in a damp, covered location.

Bleaching
When the tallos are dry, they are enclosed in a box for the bleaching phase and are left on wooden shelves for the night. Then sulphur is crumbled into a ceramic bowl and burning embers are added. The carbon burns the sulphur and the resulting smoke fills the box and bleaches the tallos.

Weaving Begins
Once the straw has been bleached, the weaver chooses the best pieces and cuts them to the desired length. Every strand is cut with a quick wrist movement, so as to make it as thin as possible and ready for weaving, at the start of the armado phase. After a few hours of weaving by hand, the plantilla, or crown of the hat, is ready.

The Rematador Phase
The rematador is the craftsman who finishes the hat, which means back weaving the straw to create the edge, with every strand woven in horizontal and vertical lines so as to create a mesh.

The Azacador Phase
The azacador has to finish off the inside of the hat, and goes three times round the brim edge tightening it by hand. If required, the inside part is dampened during this phase. For extra fine Panamas, the azacador may go round the edge as many as five times, in which every single strand of straw around the outer rim is slowly worked and tightened.

The Accortador Phase
This is the phase in which the accortador quickly cuts off the edges of the straw, leaving an inch-long fringe. The hat is then turned inside out, and loose ends around the crown are removed.

Washing and Bleaching
The craftsman cleans the hat with a plastic brush in a basin filled with soapy water. This is repeated various times, with clean water being added each time. When ready, the hats are hung up and then left to dry on layers of cloth for a night, while enveloped in sulphur smoke again. 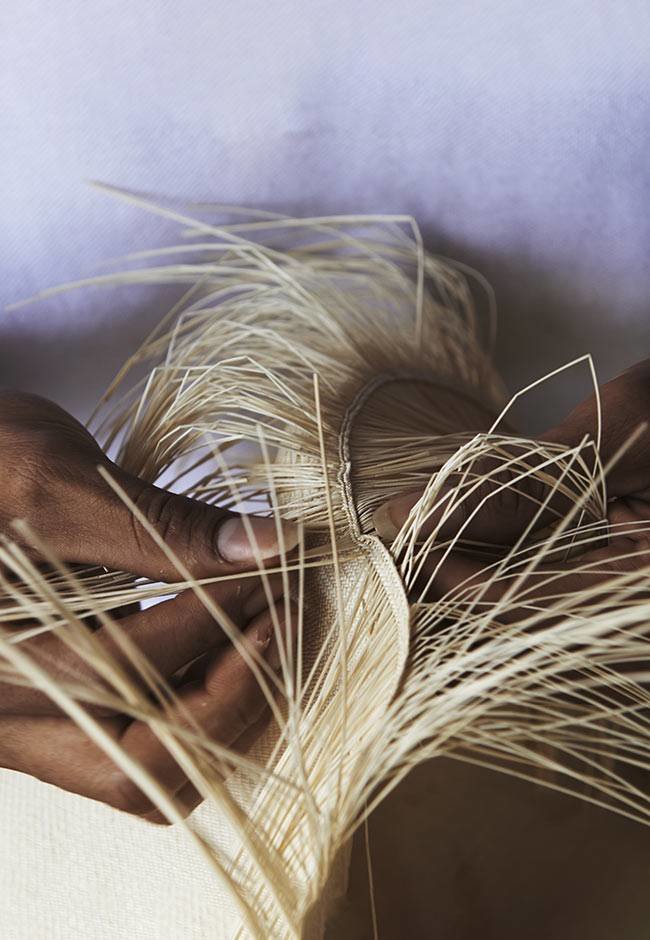 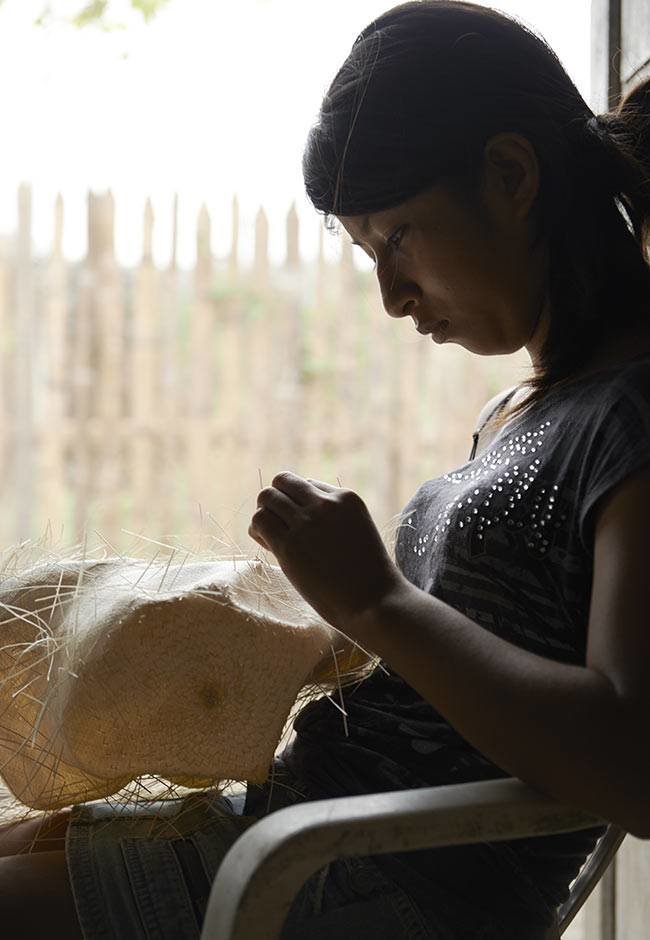 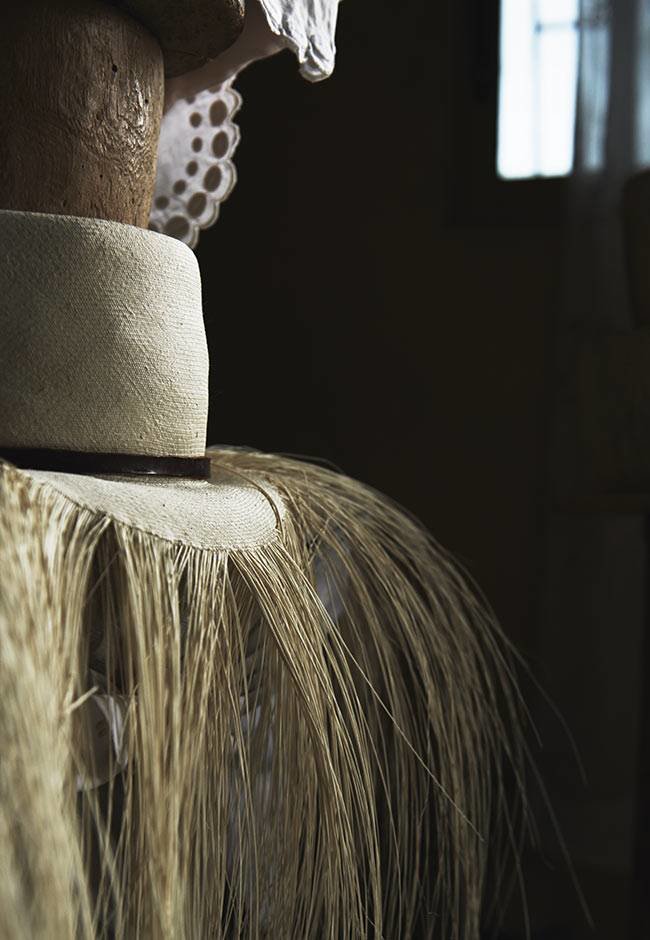 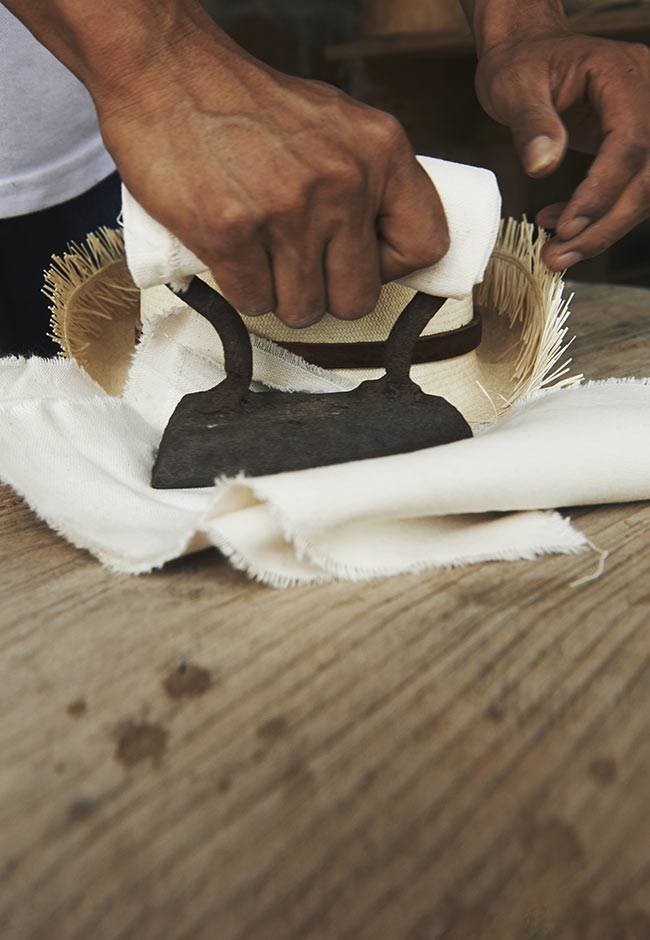 The Apaleador Phase
The apaleador props up the hat on a large stone, and uses a wooden mallet to pound and soften it. Sulphur is sprinkled at every stage, so as to whiten and soften everything as much as possible.

The Cortador Phase
The cortador fixes the straw with a strong, sharp blade and shaves off the fringe at the brim.

Blocking
This is the phase where the hat is given its definitive shape using rounded and flat wooden blocks, a tape measure and steam. The shape of the crown and width vary in different styles.

The Planchador Phase
The hat is placed on a wooden block, and its upper rim is wrapped with a ribbon. It is pushed up against a piece of cloth, and pressed with an iron made of steel that is warmed on burning coals. Sulphur dust is also used at this phase to ensure the iron is as effective as possible.

Blocking
The hat is blocked to give it its final shape and size.

Stiffening
A special glue is used to further stiffen the straw.

Finishing
This is the final phase, which includes the last steps: trimming, sewing in the lining, sweatband and grosgrain, and attaching any accessories. 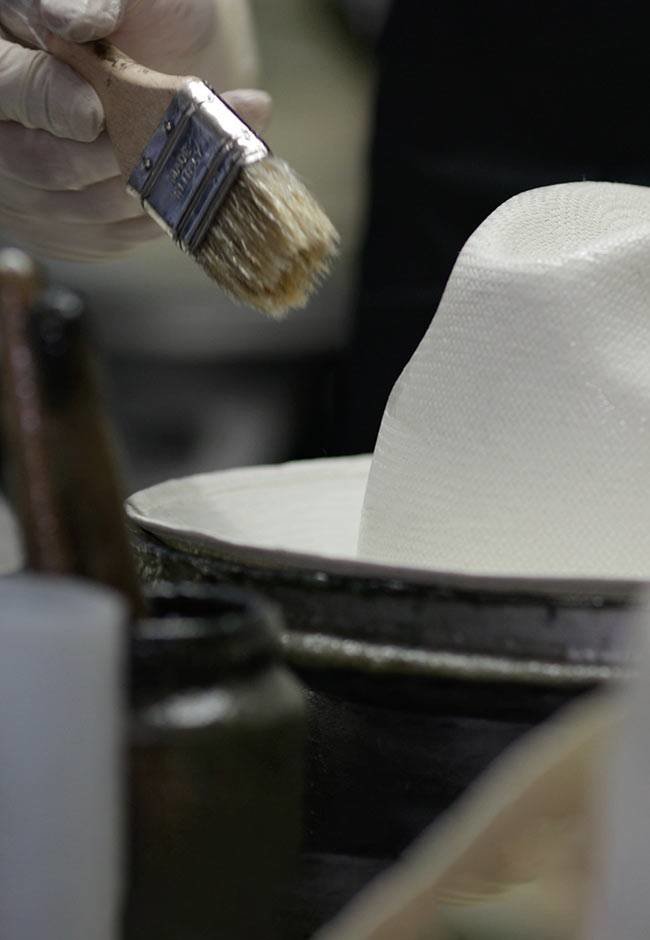 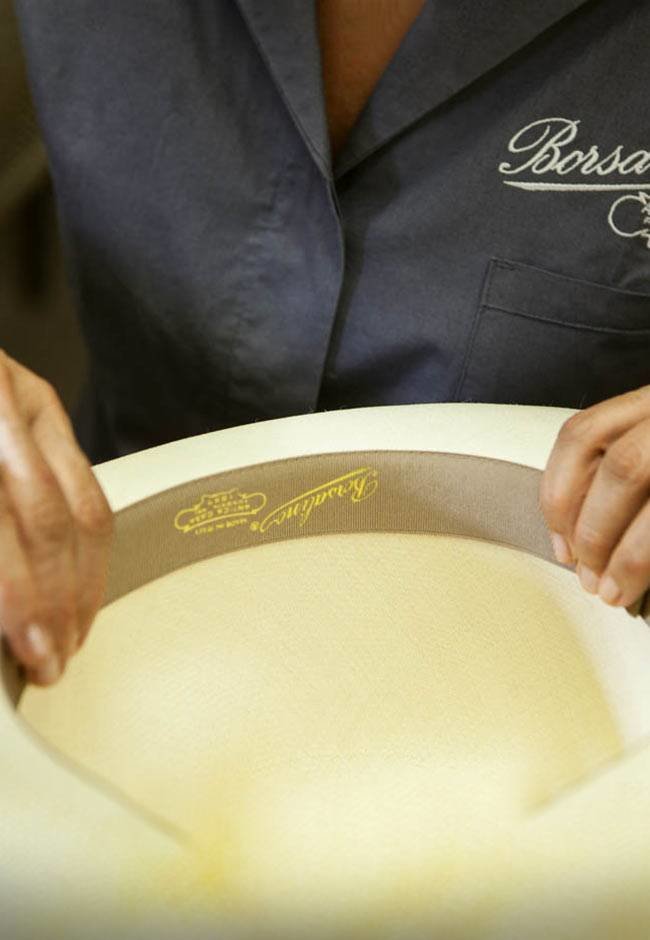 The Panama hat was put on the UNESCO World Heritage list in 2012.