The luxurious Borsalino Panama are the must-haves of the summer season. They are hand-woven and they represent the best of Ecuadorian artisan culture. It takes up to 8 months of manufacturing to realize a single sample of Montecristi, the top of the collection.

Contrary to popular belief, the legendary Panama hat actually does not originate from the country of Panama as the name suggests but rather from Ecuador where they have been produced for generations. Ecuador has the highest quality raw material from a native plant that renders straw fibers and a renowned artisanal weaving process.

It begins with a local palm-like plant, the Carludovica Palmata, that grows in the humid and hilly Ecuadorian regions of Montecristi and Jipijpapa. Historically the Inca civilization used branches from this plant to make their clothing. Just like their native forefathers, local craftsmen obtain a very resistant fiber by boiling and drying the raw material in the sun before manually weaving it.  Intertwining the fibers from this plant is very complex, involving skilled dexterity, precision and patience. The most experienced Tejedors work in the early morning or evening, when their fingers are not sweating from the heat. As a base, they create multiple straw braids, but the finer the quality weave, the more precious the hats will be. In fact, just one Montecristi Extrafine, the highest quality Panama, can require up to 6 months to make. The Tejedor, responsible for weaving the hat’s main body, is not the only protagonist involved in the process. A cast of skilled artisans with fascinating names like Rematador, Cortador, Apeleador and Planchador take on the next stages of production at this point. The Rematador is dedicated to finishing the hem that concludes the weave. The Cortador shaves the hat’s surface to eliminate any excess fiber, while the Apeleador renders the straw flexible by beating it with a tropical wood mallet. Final steps are left to the Planchador who refines and shapes the Panama with a simple iron.

American writer Tom Miller recounts in his 1986 book, The Panama Hat Trail, events that led to why Made in Ecuador hats took on the name Panama in the mid-nineteenth century. It began with Spanish exile Manuel Alfaro Gonzales who arrived in Ecuador in 1830 and settled in Montecristi where a large part of the local population was dedicated to weaving straw hats. With a nose for business, Alfaro saw a potential opportunity and decided to reorganize production, setting Panama as the strategic export hub for one very simple reason. Travelers on their way to the California Gold Rush through Panama needed practical and light hats to protect themselves from the sun. As a result, sales boomed, rendering Alfaro very wealthy and famous despite the fact his name was not linked to these Made in Ecuador hats. Meanwhile, a Panama hat trend began to spread among European aristocrats. A French merchant living in Panama brought a selection to the Exposition Universelle of 1855. These white hand-woven Ecuadorian straw styles captured Napoleon III’s attention and from that moment on, the Panama hat reigned supreme over European royalty. But what cemented the name Panama was when in November 1906 the 26th American President Theodore Roosevelt visited the Panama Canal that had been recently ceded by France in 1904 to the United States. President Roosevelt was photographed wearing a distinct white Ecuadorian straw at the construction site above a steam excavator by a New York Times Reporter. The image was published across the globe and consecrated the Panama hat world-famous.

Just over 100 years later in 2012, the Panama hat was recognized by UNESCO as an Intangible Heritage of Humanity. They declared, “With precious straw texture and an extremely complex process, it beautifully represents an artisan tradition handed down from generation to generation within the community of origin.” The origins and weaving of each Borsalino Panama are made in Ecuador following the traditional customs. The semi-finished products are then taken over by Borsalino artisans in Alessandria Italy who craft the last fundamental processing phases. From the Maison’s manufacture, a magical encounter between two schools of excellence merge to give birth to the unique Borsalino Panama hat. 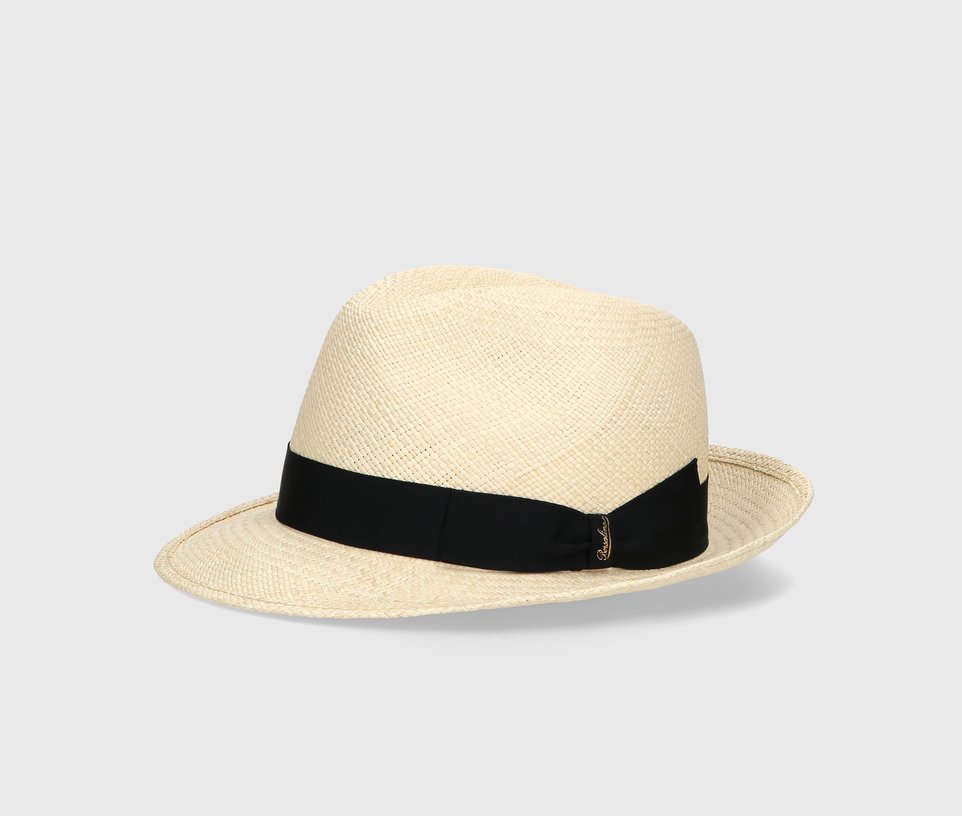 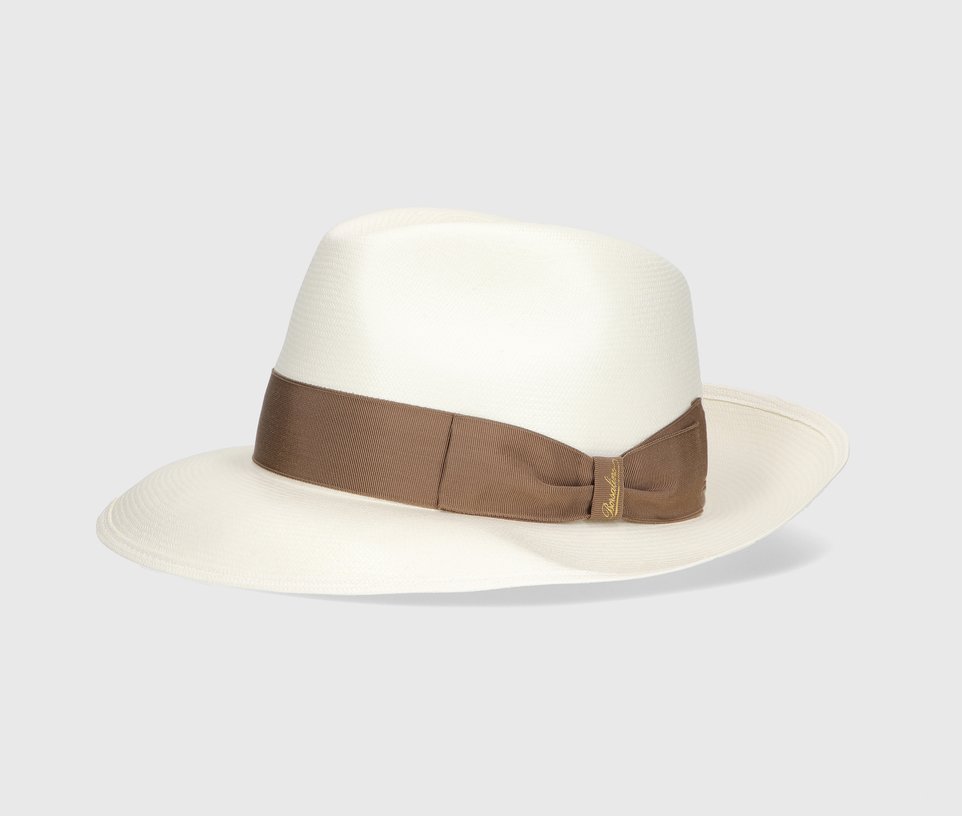 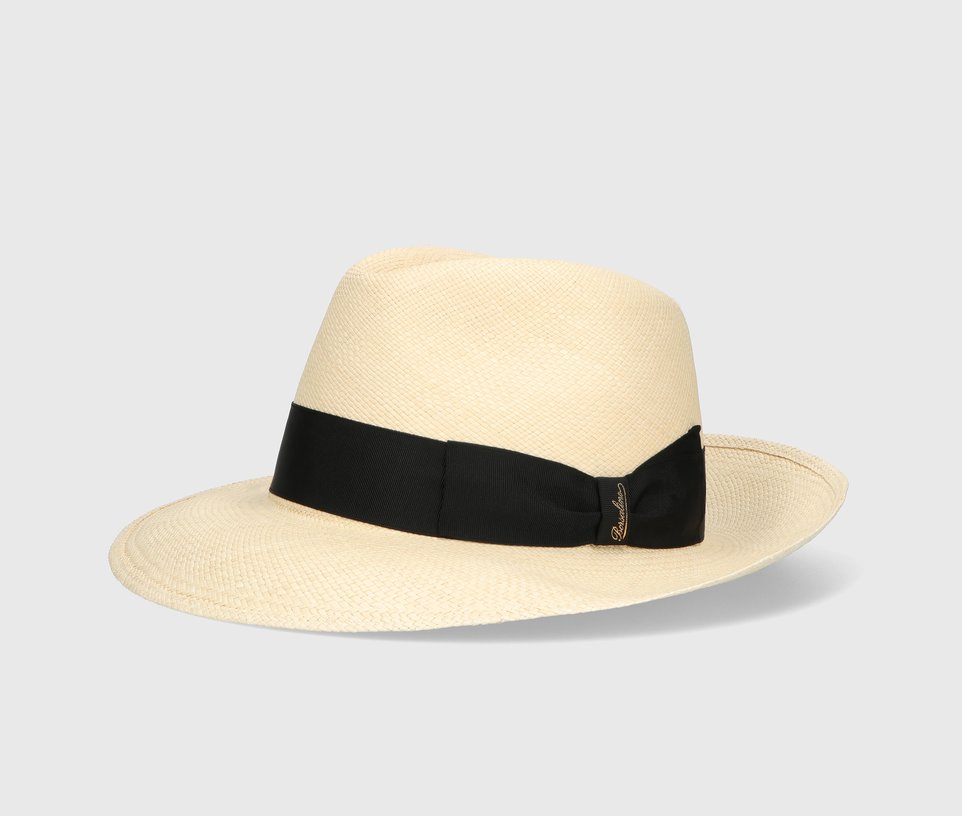 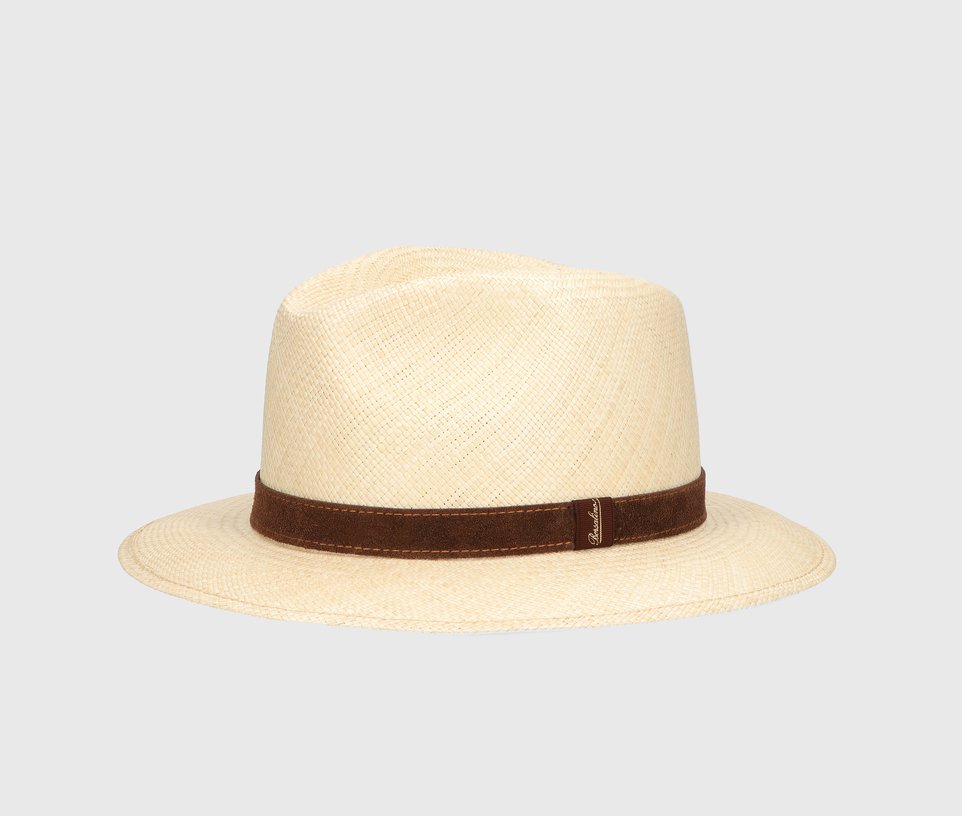 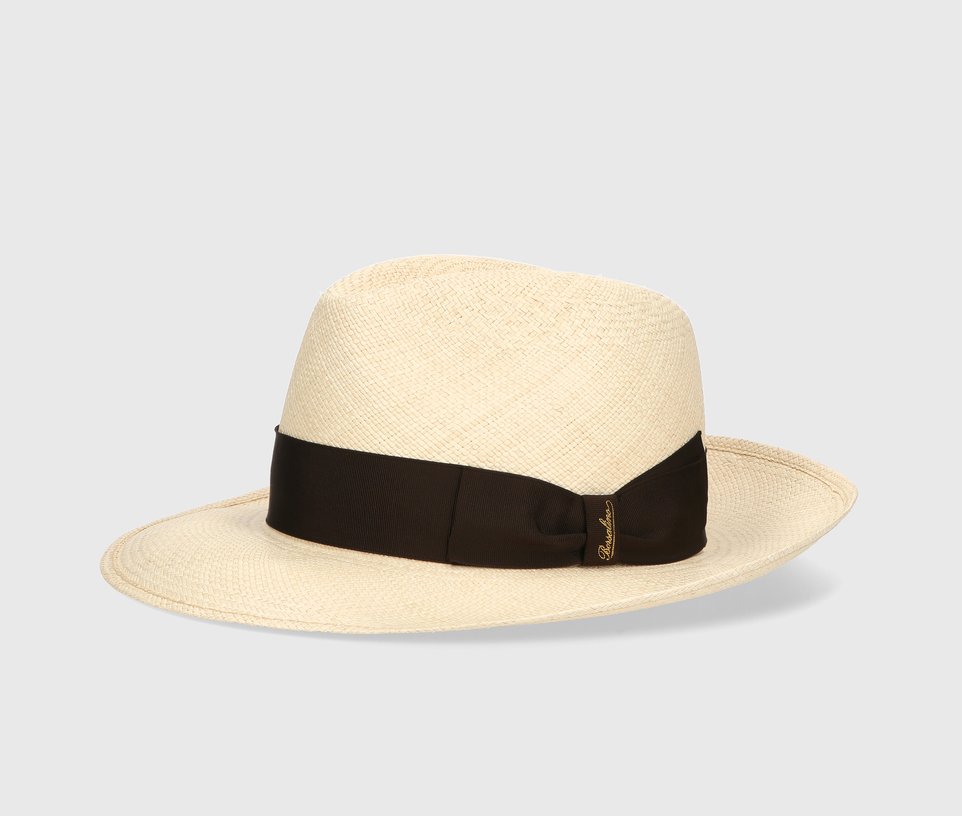 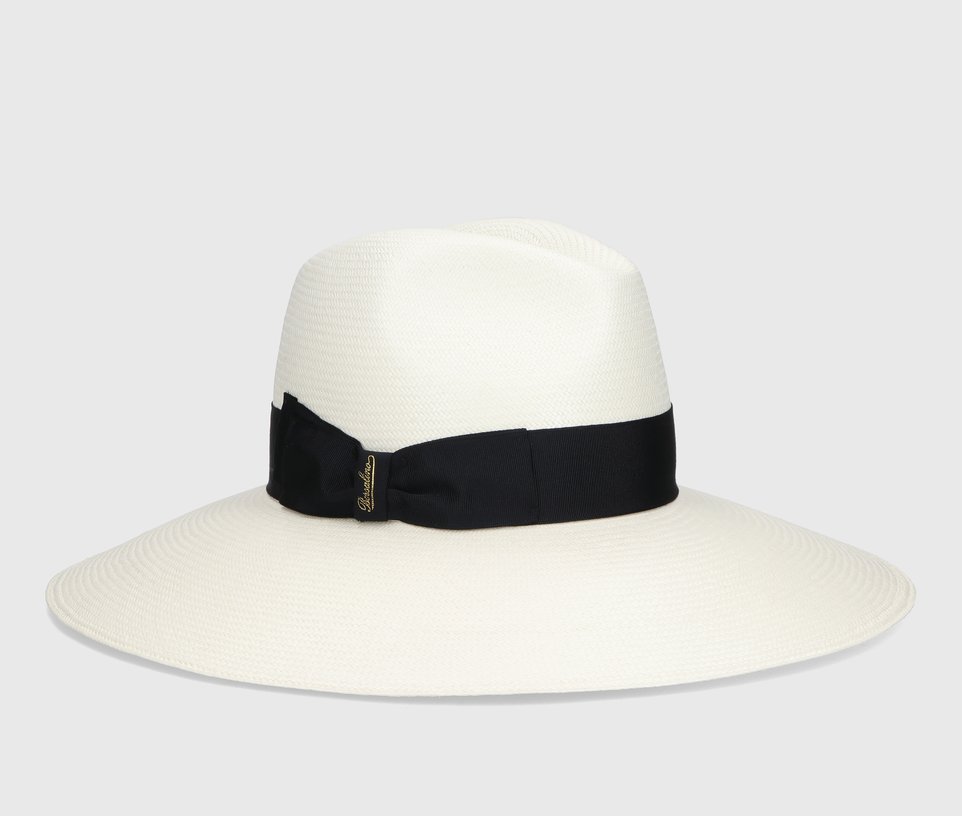 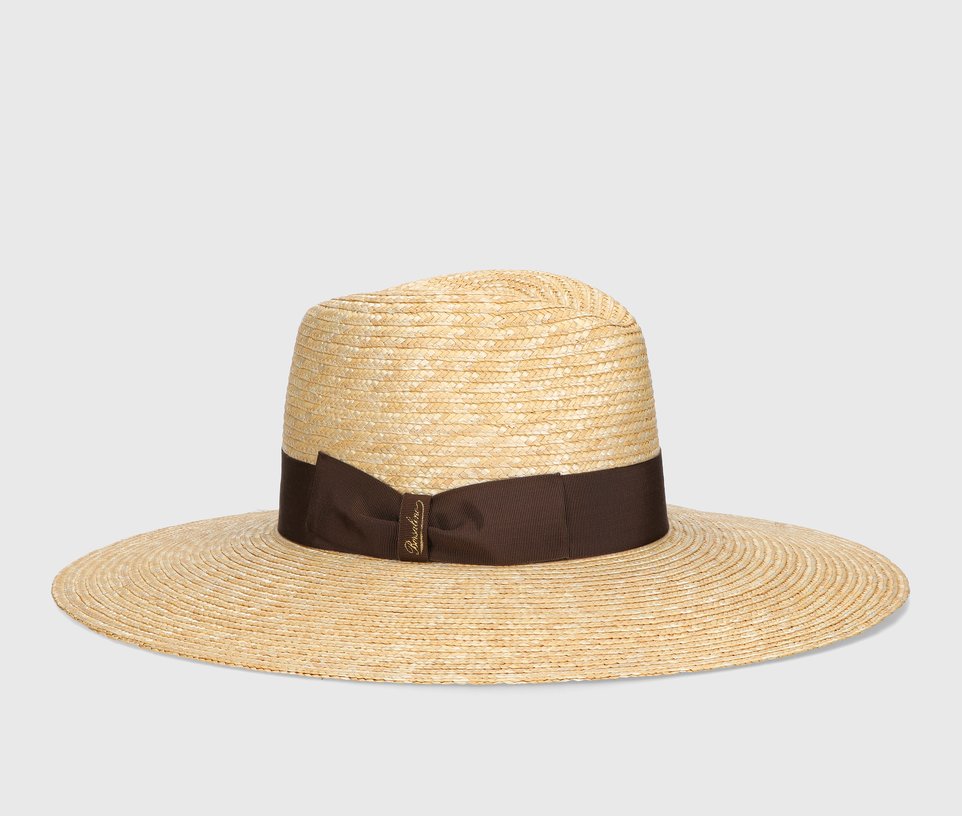 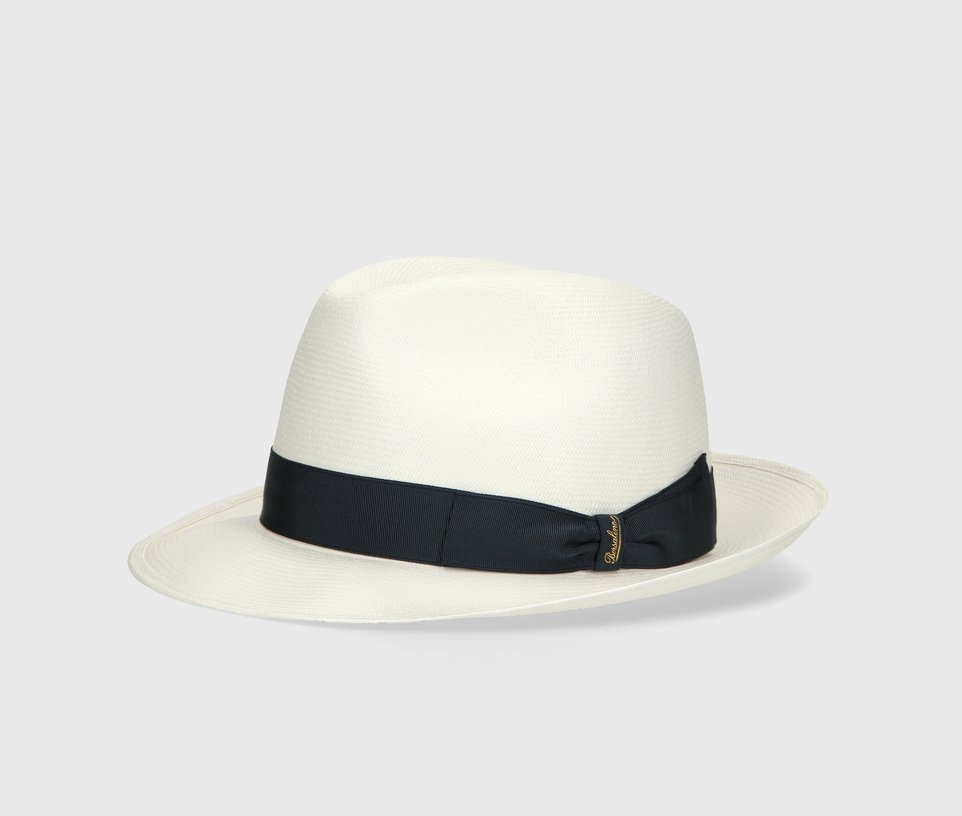 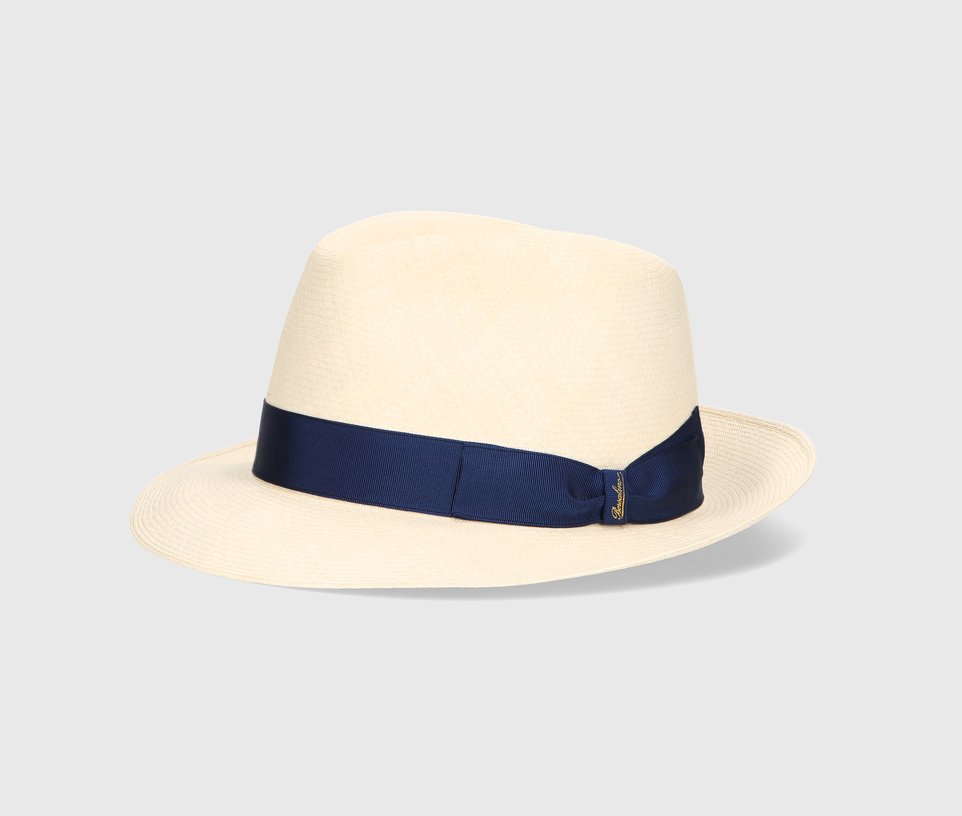 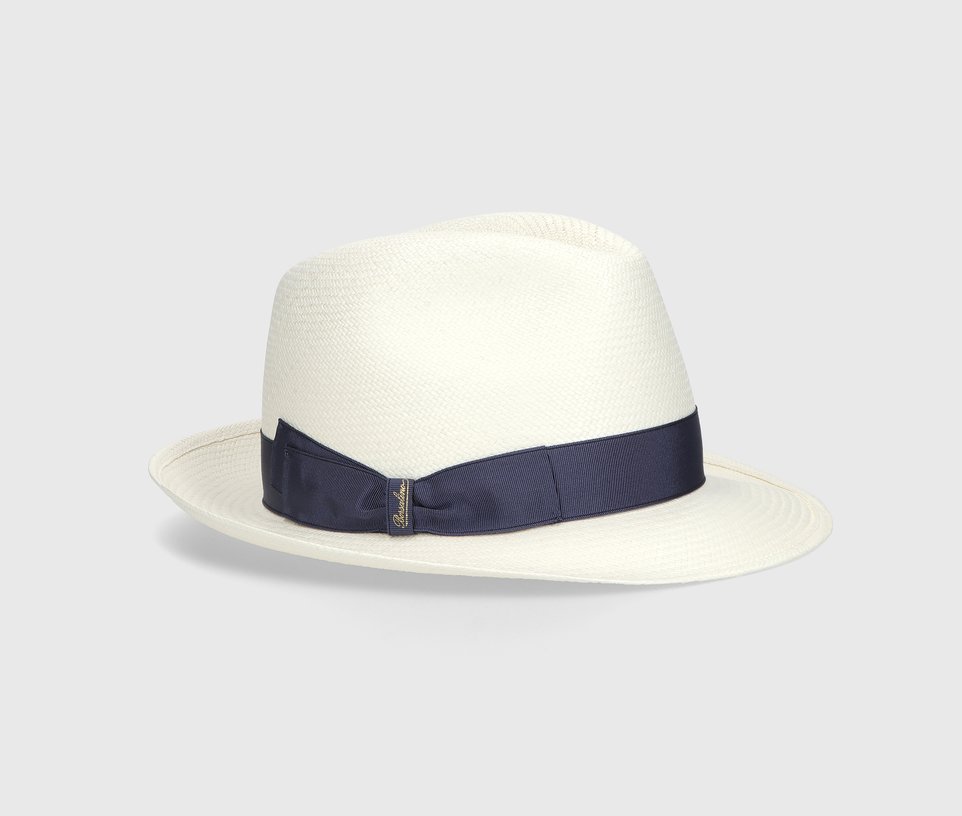 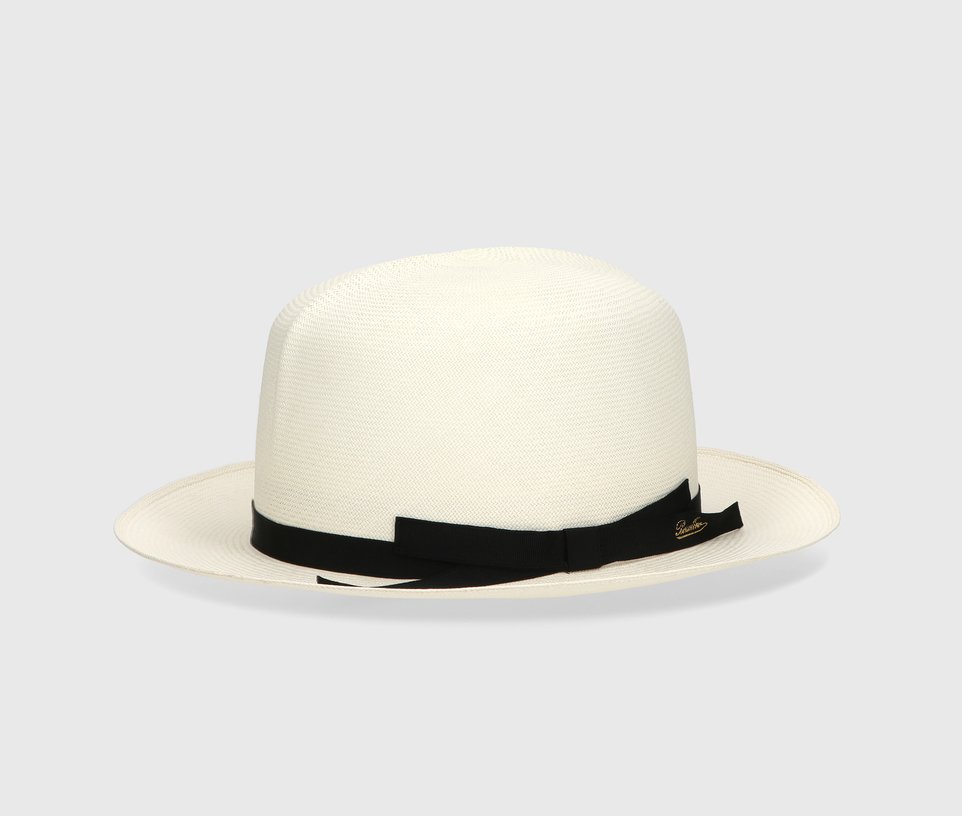 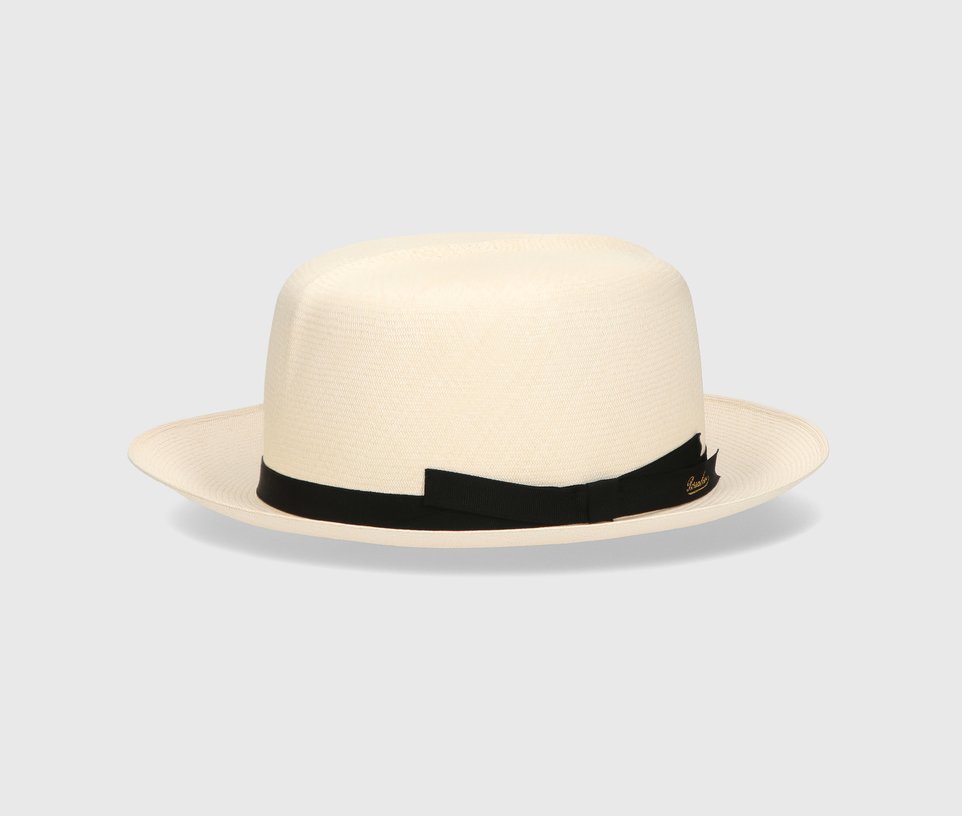 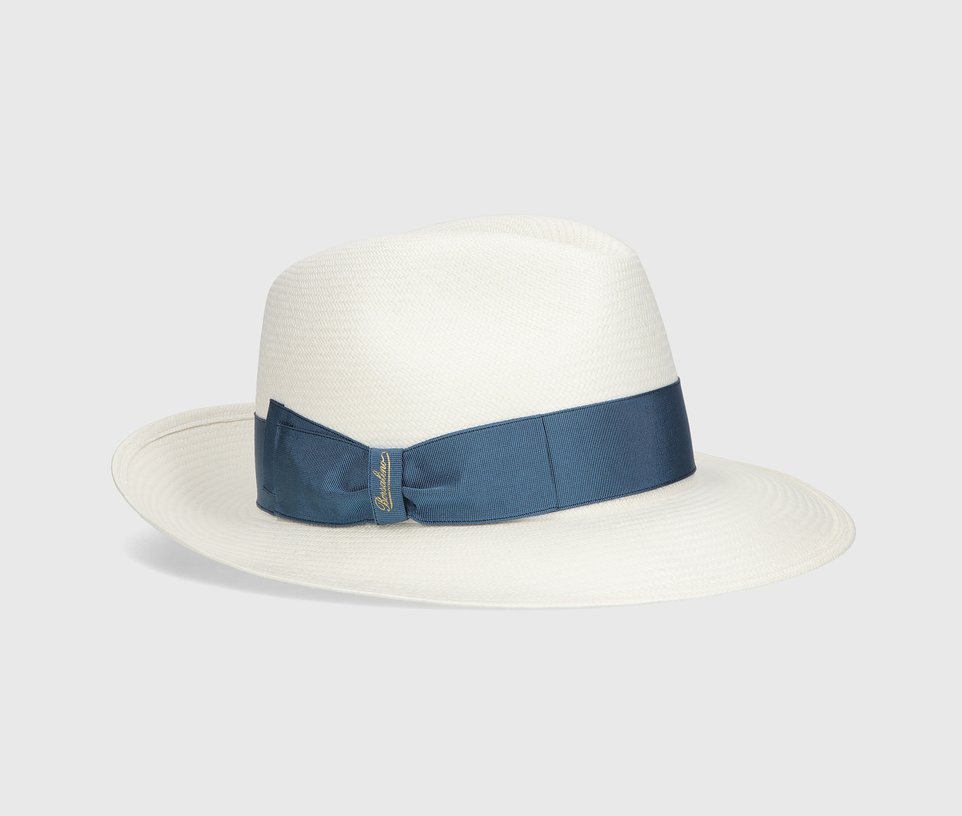 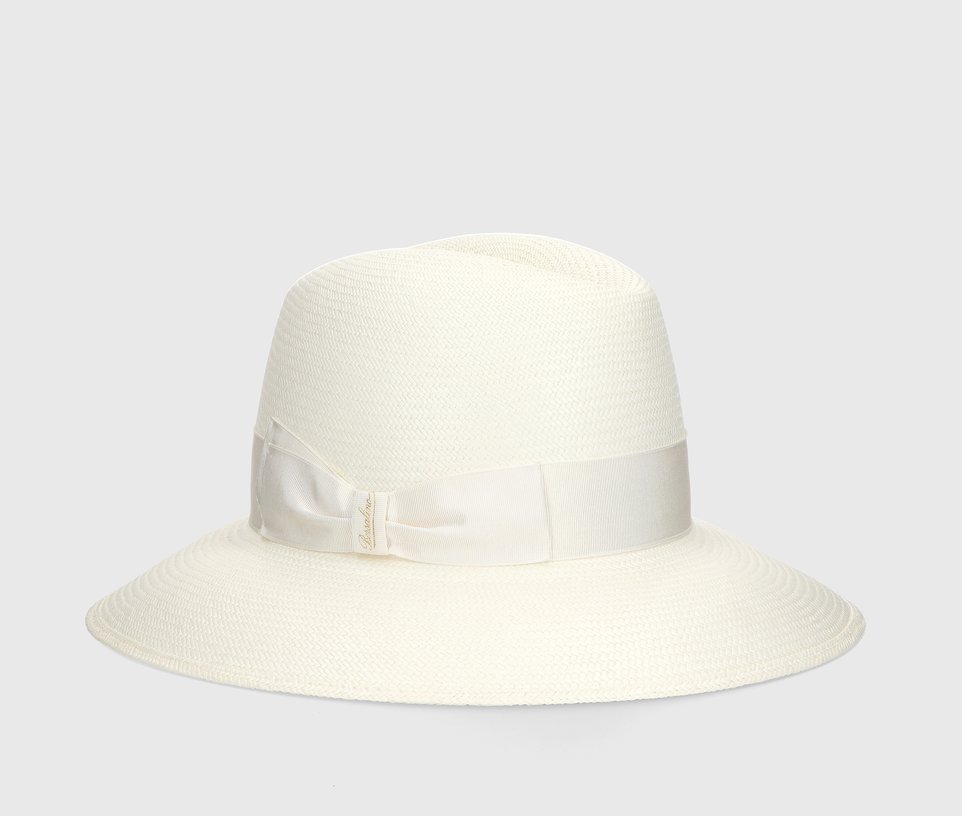 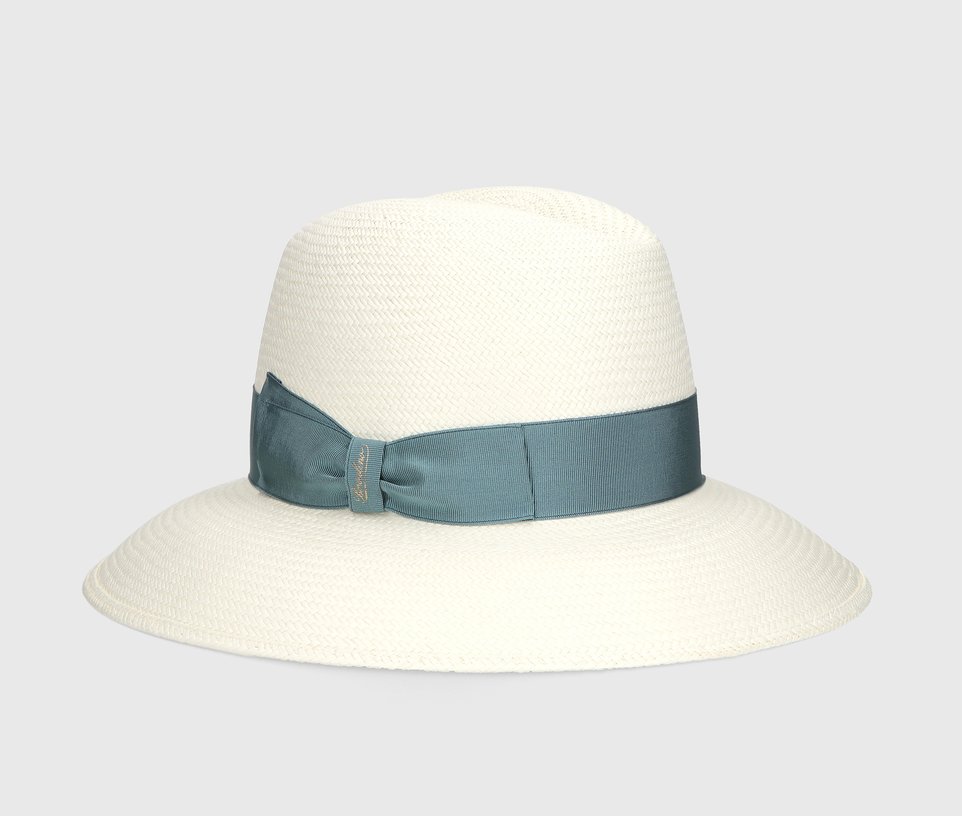